For a recently published article, I was asked to choose some of my favorite photographs and add a few words to explain what makes them special to me. So, here we go, pictures being worth whatever many words… 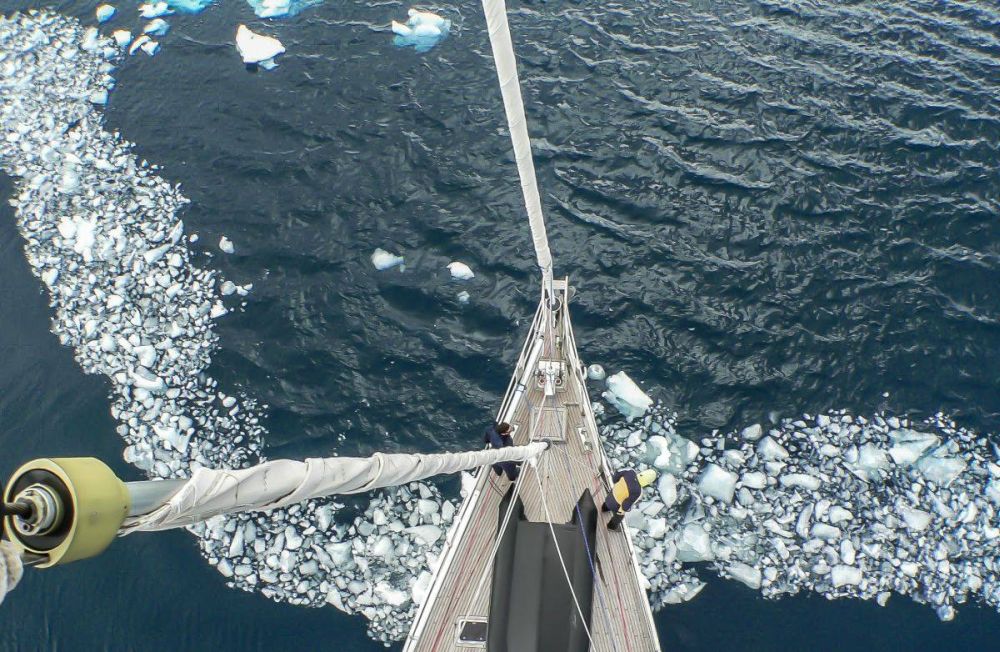 Sailing into Antarctica was the pinnacle of my sailing career. I had already crossed the Atlantic and had many thousand offshore miles behind me, but there is nothing like Drake Channel. There is an old sailing adage – below the 40th parallel there is no law, below 50th there is no God. We faced both the rage of Force 10 winds and the calm of (hopefully) eternal ice. Once in Antarctica, we moved mostly by motor, as we needed to make quick maneuvers, which enabled me to have an unobstructed view from the mast, hoping for a frame like this. It came, but not before I spent more than an hour up there waiting, confirming the fact that Antarctica is, indeed, very cold. 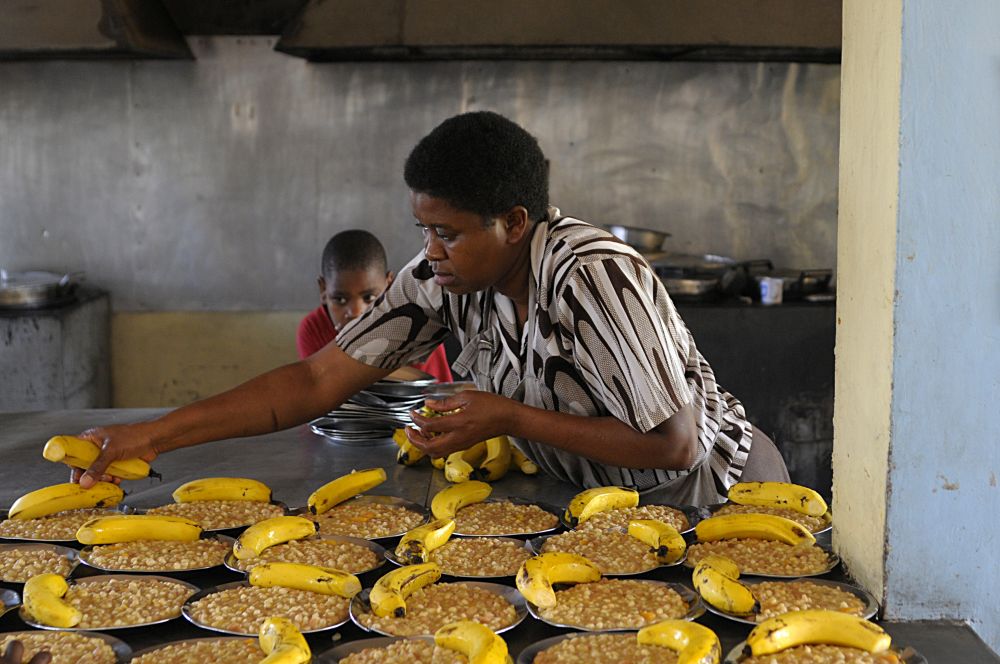 The first time I spent some time in the Amani Children’s Home in Moshi, Tanzania I was in Africa on a dare. A teammate challenged me to join him in climbing Kilimanjaro, which I managed even after he pulled out of the expedition. As with every peak I climb, I forged a bond with the Mountain, but an even deeper one with all the beautiful people of Amani, both the resilient children and selfless caregivers. While technically trivial, this picture manages to capture the moment with its full range of emotions – hope, responsibility, weariness. 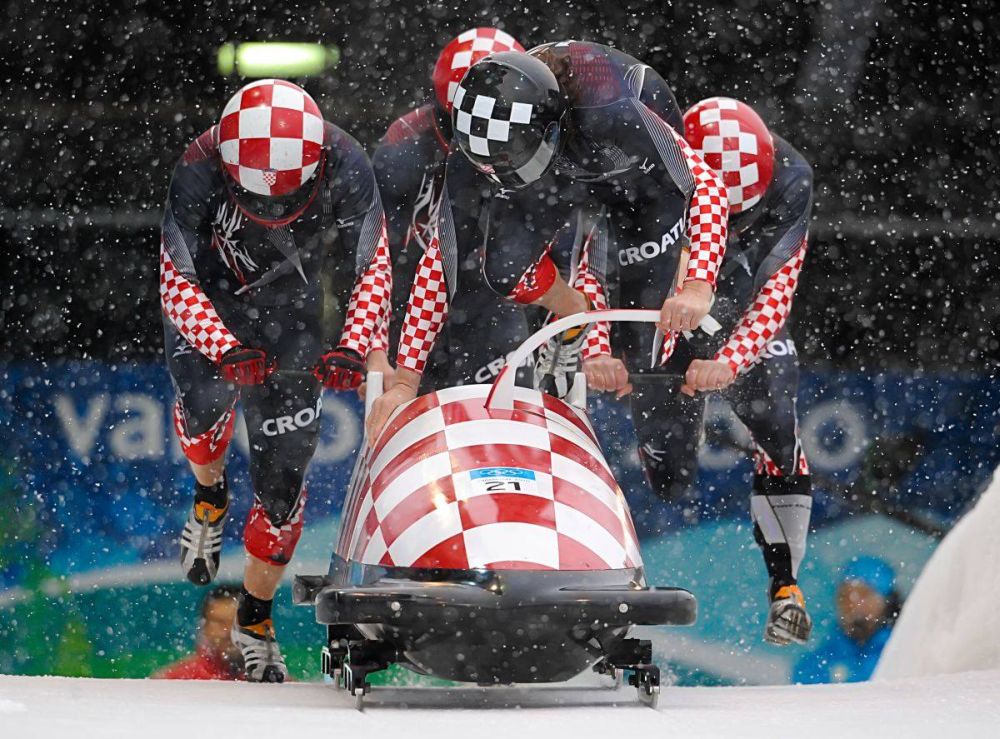 Imagine Cool Runnings, only in Croatia instead of Jamaica. These four daredevils from the Dalmatian coast where it basically never snows or freezes, in the suits they borrowed from the skiing team, with helmets that appear collected from Craigslist and already on their third borrowed bobsleigh (they crashed the first two that the Italians had lent them) are about to tumble down one of the world’s fastest and most dangerous tracks with speeds approaching 100 mph. Good news, they all survived.

To take a picture like this you have to have good nerves, a strong back,​ and good reflexes, as you have to lean over the ice edge, hook your feet so you don’t fall over and then get out of there before it’s too late​. 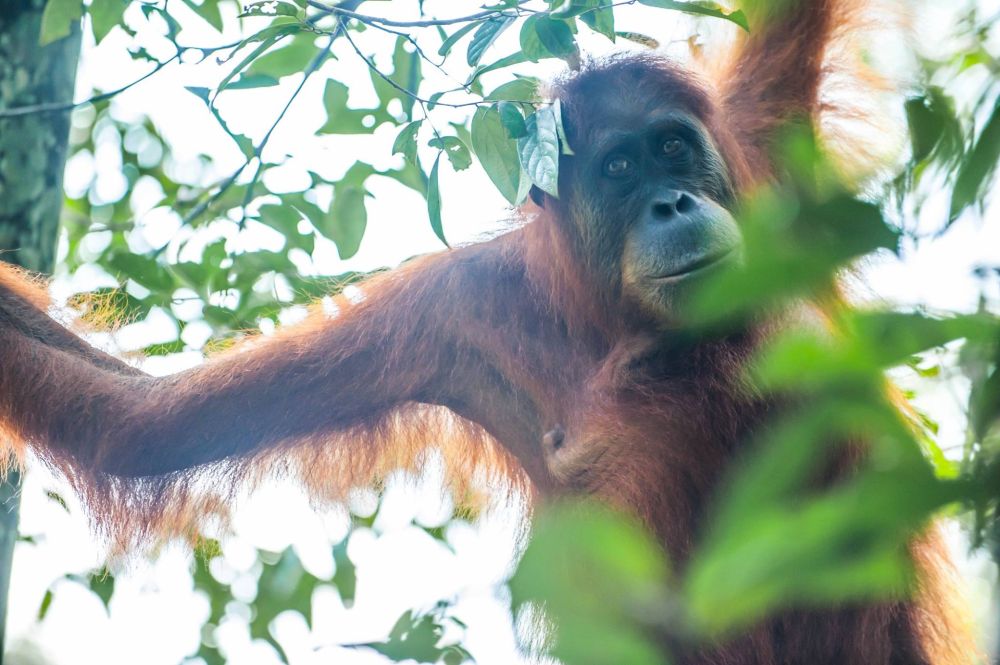 If it weren’t for Keysight, I probably never would have taken this picture. While on a business trip to AMC, I flew over to Sumatera for a weekend and traveled deep into the jungle to experience all kinds of amazing nature and wildlife. It was one of those occasions where I often thought to myself that a compact camera would actually be much better than my 20-pound photo backpack, as every single step I took in those three days was either a steep uphill or a steep downhill one, it was hot and humid and I was exhausted. It didn’t help that a house I found to stay the night hosted a Saturday live concert right below my bedroom. But then, a single look into this beauty’s eyes made it all worth it. 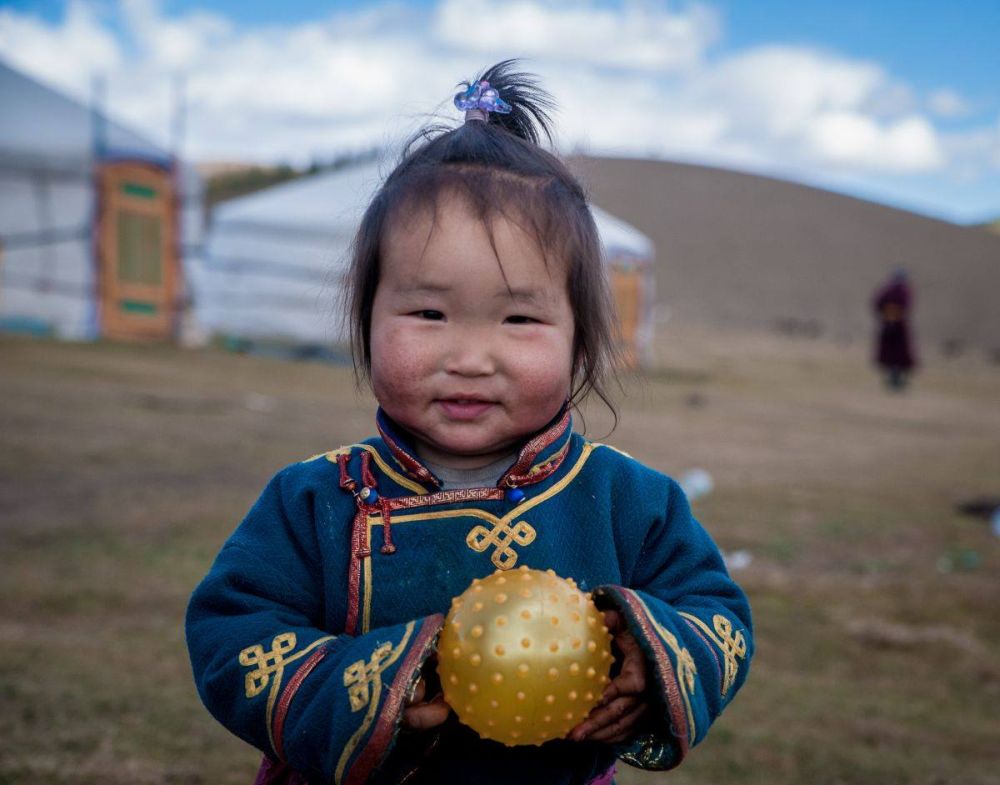 I spent about a month roaming through Gobi Desert with a friend. We went on horses, camels, and with an old Toyota, pitching our tent in the middle of nowhere every night. We had a rock collapse on us while climbing, we had a tense standoff with a pack of wild dogs, but we also met a few really nice people. This little girl’s grandfather shot a marmot in our honor and insisted that we get all the fat parts along with the cubes of fried butter to prepare us for the winter. This little beauty already had a couple of those behind her, her skin showing what it takes to survive temperatures of 20-30 degrees below zero. 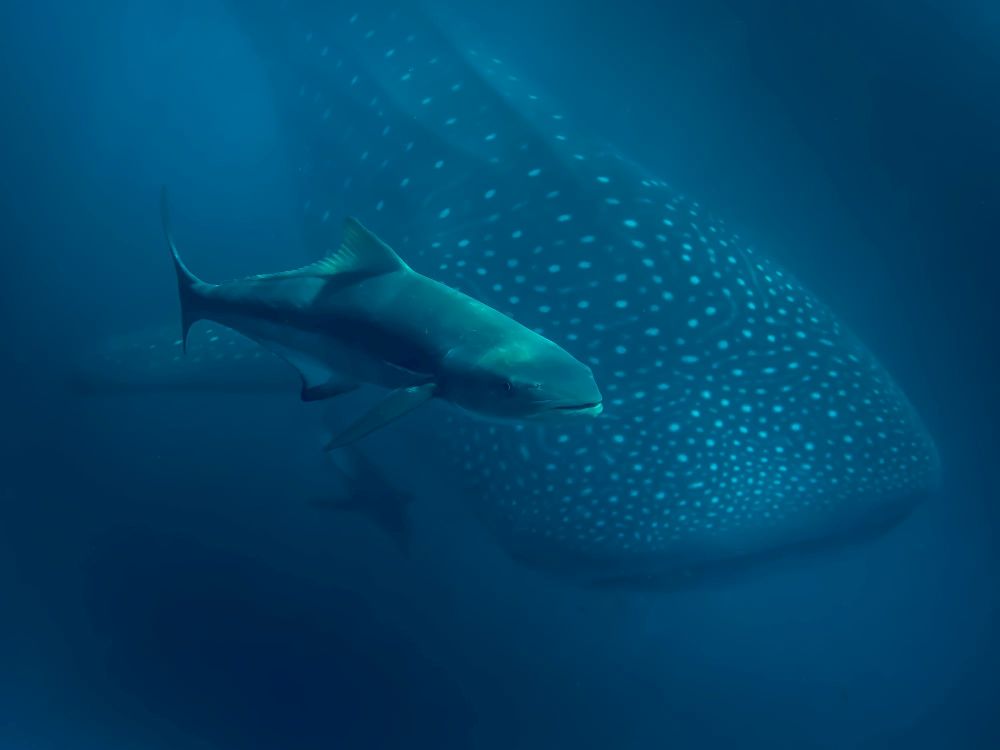 I grew up on an island and did a lot of freediving as a teenager. That came in handy when I went snorkeling with the whale sharks off the coast of Mafia Island in Eastern Africa. Still trying to keep pace with those magnificent creatures proved to be a very tough task and I’m glad I got a few decent shots at all. 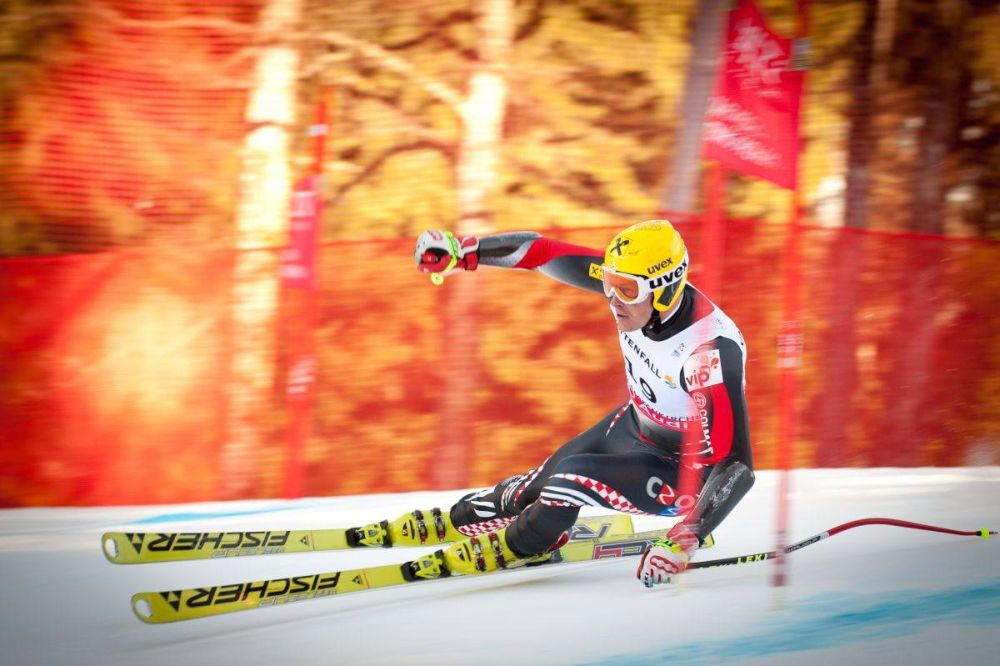 For a Croatian Skiing Team, this is a historic photo. On it, Ivica Kostelic is on his way to winning the first-ever World Championship medal in speed disciplines (Super-G) in Garmisch-Partenkirchen in 2011. For me, it’s one of the favorites because of all the levels of difficulty to make it.

Many don’t realize it, but ski photographers have to go down the same slopes as the world best skiers. These are some of the world’s most difficult ones, with the added factor that on the race day they are turned into pure ice. We don’t carry poles, but instead a 40-pound backpack, so getting to our workplace is already a challenge. We have to be at our places about an hour before the race starts which is plenty of time for our fingers to freeze before we need them for split second timing on the shutter. I went for an additional challenge here and shot this using panning (moving the camera during the shot alongside the racer to make him look still and give the background a motion blur). I was also a bit lucky, managing to freeze him completely in the air and to capture the look of determination. 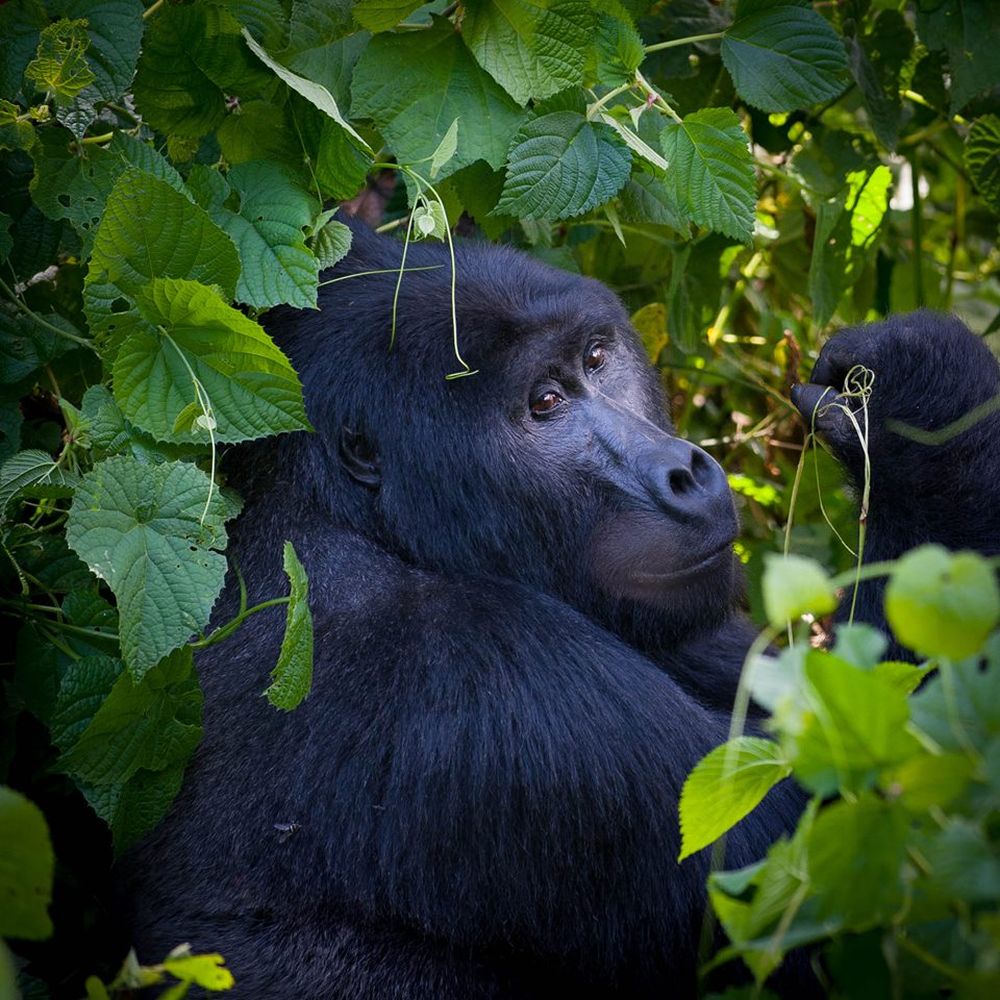 I was already in Uganda writing a story about their Little League baseball team when I decided to travel cross-country to the border with Rwanda and DR Congo to experience first-hand one of only 800 Mountain Gorillas remaining in the world. Getting across Uganda in an old car is a highly recommendable experience, yet nothing like the awe you feel in the presence of one of these magnificent creatures. The combination of brute physical strength and the gentle, warm, human-like eyes is haunting.

This site uses Akismet to reduce spam. Learn how your comment data is processed.